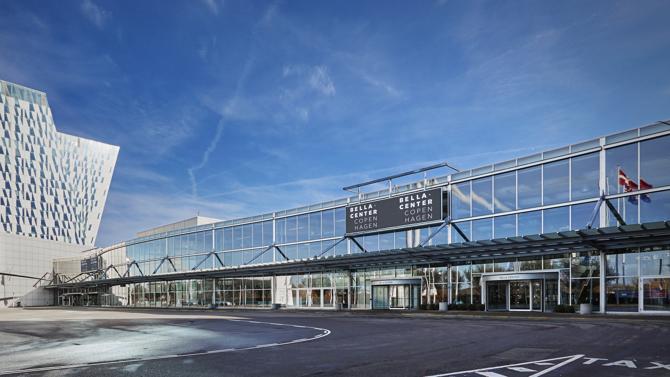 With total group revenue for 2017 of DKK 1,118.6 million, BC Hospitality Group maintains momentum and consolidates the sharp turnaround that began in 2014 with significant investments in facilities and service, heightened focus on sustainability, and innovation - a combination generating growth and improved satisfaction across the board.

2017 was yet another good year for BC Hospitality Group A/S, which continued its efforts to identify attractive investment targets under leading international hotel brands, alongside significant improvements in quality, product development across all business units, and the launch of new sustainable initiatives.

"We are very satisfied with our strong results in 2017. We are keeping up the pace and our hotels are growing. Not only are we continuously expanding with new services, having achieved significant quality improvements across the units, but we are also exploring sustainable solutions in the hospitality industry in a holistic perspective and much more, all of which is reflected in a very high degree of profitable customer and employee satisfaction," says Allan L. Agerholm, Group CEO at BC Hospitality Group.

With the strong results of the past year and a solidification of its position as the market leader in Northern Europe, Allan L. Agerholm says that BC Hospitality Group is well-positioned for future success and plans to continue focusing on exceptional service, sustainable and innovative business solutions, and future growth opportunities - all for the sake of ensuring that the group is "hosting moments that matter" for its customers.

"I have a highly dedicated organisation behind me, whose efforts have resulted in very satisfied guests and delegates, as well as an excellent top and bottom line, which cannot be appreciated enough," adds Agerholm.

Another shining achievement of 2017 came when all three of the group's international hotels were listed among the 30 most attractive and versatile workplaces by the Danish initiative "Great Place to Work".

The group's hotels also earned stellar rankings on TripAdvisor: Crowne Plaza Copenhagen Towers made the top 10, Copenhagen Marriott was among the top 15, and AC Hotel Bella Sky Copenhagen cracked the top 25 (among 119 Copenhagen hotels). In terms of occupancy rate, all three hotels exceeded the average for Copenhagen's hotels as a whole, which according to official 2017 figures was 78%.

In total, BC Hospitality Group welcomed more than 1.2 million guests in 2017, of which 0.6 million were hotel guests checking in and out of the group's 1,584 hotel rooms. Allan L. Agerholm says:

"There's always room for improvement if you want to remain in the upper echelons of the hotel and congress world. In 2017, we upgraded Copenhagen Marriott's fitness centre and carried out a major renovation of the luxury suite, The Royal Suite. We also broke ground on an extensive renovation and upgrade of AC Hotel Bella Sky Copenhagen's popular Sky Bar on the 23rd floor, which will reopen in the summer of 2018 with a brand new name and concept. Considering that we also have a new multifunctional congress hall in the works, you could certainly say that we're keeping our wheels in motion as a group and for the city as a whole, as our focused and holistic business strategy has proven its strength for the benefit of all: employees, businesses, citizens and society."

Recognition and nominations in Denmark and abroad

Copenhagen Marriott was lauded as "Best Hotel in Greater Copenhagen 2017" at the travel industry's annual Danish Travel Awards, and Bella Center Copenhagen was nominated for an award by the international congress association, AIPC, for its effective implementation of the new wireless network service "Tomorrow's Wi-Fi Today".

The group was also nominated for the City of Copenhagen's Copenhagen Business Prize 2017 in the category "Environment and Social Responsibility" for its dedicated efforts for the inclusion of socially disadvantaged groups (in this case, refugees) in the Danish labour market. Since the conclusion of the annual accounts for 2017, the initiative "Responsible Hospitality Day by BC Hospitality Group", which aims to promote greater knowledge sharing about sustainable solutions in the industry, was nominated for the highly respected Danish Events & Meetings Award held by MPI Denmark.