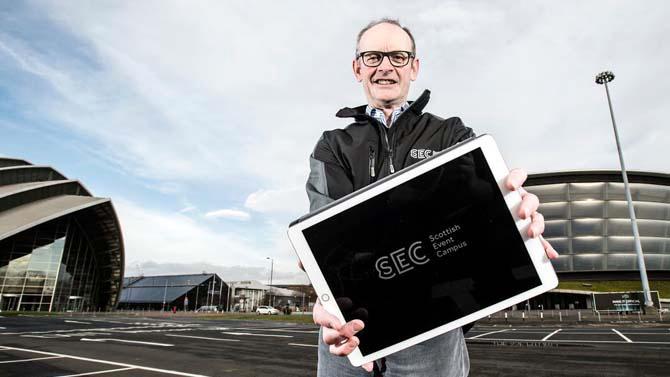 The SEC worked with local Glasgow design agency Freytag Anderson on the rebrand.

The Scottish Exhibition + Conference Centre (Secc) is being renamed and rebranded the ‘Scottish Event Campus’. The new name acknowledges that the venue has developed over a period of more than 30 years – with the Armadillo and The SSE Hydro added to the site. In addition, live entertainment has grown to become a significant part of the venue’s business which is not represented in the name Scottish Exhibition + Conference Centre.

Peter Duthie (in the picture), Chief Executive explains the rationale behind the rebrand and new logo: “The decision and announcement comes at a time when the company has seen changes in the nature of the business it now operates. The name Scottish Event Campus (SEC) better describes the site, is more representative of what we do and reflects a vision for the future. For clarity, our three buildings will be known as The SSE Hydro, SEC Armadillo and the original building, SEC Centre.

“We believe that this is the perfect time for a revamp of our brand, building on the success of the business to date. Historically, we have found that many people don’t necessarily realise that all of our buildings are part of the SECC. We also want to showcase that the SEC is able to stage large scale events – capitalising on the huge success of the Glasgow 2014 Commonwealth Games and more recently Ignition Festival of Motoring, both great examples of utilisation of all areas of our campus, internally and externally".

“It is important to add that the new name still retains a clear reference to its origins, maintaining a connection to the excellent reputation the venue has built up in each of the market sectors – conferences, exhibitions, and live entertainment - in which we operated as SECC.”

The SEC worked with local Glasgow design agency Freytag Anderson on the rebrand. The agency was appointed following a competitive pitch and delivered a contemporary logo and identity system. The concept draws on the campus’ iconic architecture to communicate a sense of unity and containment.