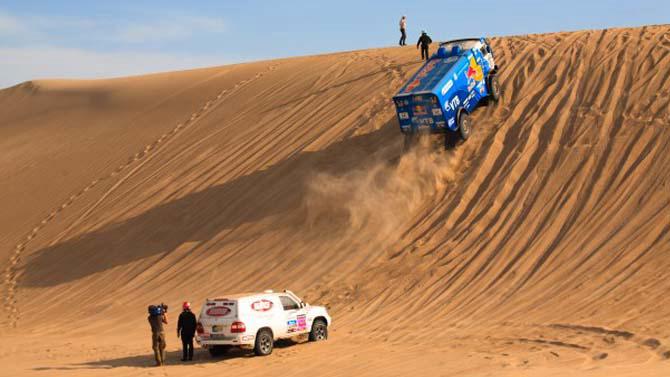 The economic impact for tourism sector would amount to 300 million dollars. The revenue would increase in areas such as accommodation, food, transportation, various types of shopping, among others.

Peruvian Minister of Foreign Trade and Tourism (Mincetur), Eduardo Ferreyros, highlighted the importance of Dakar 2018 for Peru due to its international character and media coverage, with approximately 1,200 hours of transmission in 190 countries.

Ferreyros explained that the decision to bid is in keeping with the tourism promotion strategy of the Peruvian government, which is directed towards the Asian market because "40% of the audience interested in the event are Asian countries."

Peru's intention was made official through a press conference also attended by the Minister of Culture, Salvador del Solar, and the president of the Peruvian Institute of Sport, Oscar Fernández. Ferreyros added that for Dakar 2018 they are creating "one year in advance", a multi-sectoral committee to be drawn from the Peruvian Sports Institute, the Ministry of Culture, Mincetur, the Presidency of the Council of Ministers and the Ministry of the Interior, which "will guarantee the success of the event."

According to Fernandez, the economic impact for tourism sector would amount to 300 million dollars. The revenue would increase in areas such as accommodation, food, transportation, various types of shopping, among others.

The hosting of the Dakar Rally in Peru was already criticized because of the inadequate security measures to protect the archaeological heritage, as reported by the Maria Reiche civil association in 2012 and 2013.

According to the association, after the past races the famous geoglyphs of Nazca were left with "several vehicle tracks". To prevent the same thing happening again, Del Solar explained that they are working on every detail and "well in advance to be sure that Peru’s heritage will be properly protected".

In that regard, he explained that a racetrack will be created and efforts will be intensified to properly inform the participants about the spaces where they can and cannot drive. Dakar 2018 will host 750 competitors, including 40 representatives from Peru.