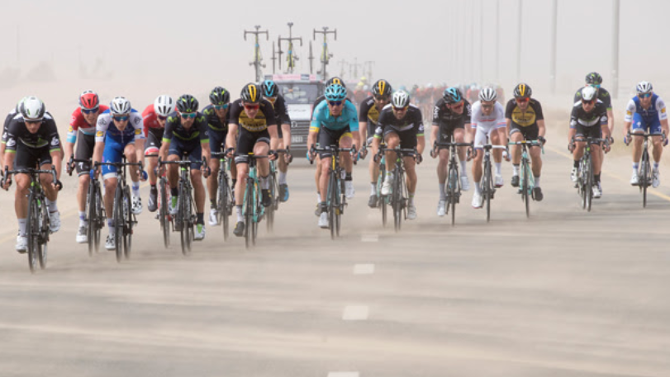 Road to the Dubai Tour

The professional race will take a new place in the international calendar - scheduled from 6 to 10 February - just a week later than the previous editions. The recipe is familiar: high quality riders are expected, the same start venue every day, several Emirates included in the route and the usual boost in terms of global exposure that comes naturally when an event is based in Dubai.

The last edition of the Dubai Tour achieved several records: it was the fastest and longest ever, with an average speed of 45.588km/h and a total length of 691km; the most successfully broadcasted (182 countries all over the world, +17% compared to 2016, +64% to 2015), the richest in terms of online articles published (over 4,000 during race days only) and, for the first time, visiting six different Emirates. The 2017 edition was the first Dubai Tour with a back-to-back victory in the overall classification (thanks to the German rider Marcel Kittel), it was the first time that the peloton sprinted in Ras Al Khaimah and the first time that a stage had to be cancelled due to bad weather.

The last Dubai Tour was a great and varied show: with a touch of drama during the sandstorm on the way to Fujairah (stage 3), a bit of fight between Kittel and Grivko on the same day (a 'conversation' that was kept alive on social media), a feverish anticipation for the decision on whether or not Hatta's stage would take place and, of course, the thrilling moments before each day’s finish lines thanks to an amazing bunch of sprinters contesting the race. Behind Marcel Kittel (three stage victories and the General Classification), the 2017 edition saw strong performances by some of the best sprinters in professional cycling: Mark Cavendish, John Degenkolb, Elia Viviani, Sasha Modolo and the rising star Dylan Groenewegen, twice on the podium beside the German in February and, later in the season, winner of the final Tour de France stage on the Champs-Élysée.

The Dubai Tour is the ideal race to see the stars of the incoming cycling season, catching up with the new young thoroughbreds, the renewal of old rivalries and the birth of new ones. The pleasant weather and the facilities of the world’s fourth most visited city (Mastercard - Global Destinations City Index, 2016) are the ace card up Dubai’s sleeve.

Ahead of the next Dubai Tour, here the 2018 schedule: