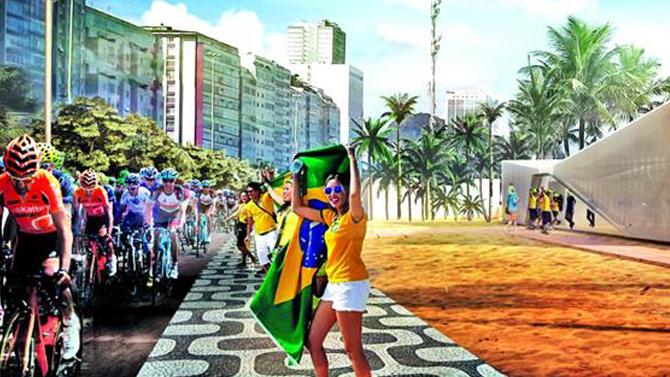 Brand activations and video are strategic for the success of big events. Twitter, Eurosport and MKTG debate this topic in London

In the light of Rio 2016, and the explosion of digital and social media activations, brands are finding that a digital presence is essential for those seeking to raise levels of consumer engagement.

Speakers from creative agency MKTG, Eurosport and Twitter gave their views on the marketing landscape post-Rio 2016, and stressed the importance of digital brand advertising and activations.

Video studio Contented and technology company Dimension Data also took part in the debate, held at Central London's Qube building on 19th October). Guests were treated to a breakfast reception and lunch, whilst having the opportunity to listen to presentations on the importance of digital brand advertising and activations.

In the light of Rio 2016, and the explosion of digital and social media activations, brands are finding that a digital presence is essential for those seeking to raise levels of consumer engagement.

Jonathan Davies, managing director of advertising and partnerhsips for Eurosport and Discovery Channels, highlighted the developments in digital activations from the London Olympics in 2012 to the Rio Olympics, which took place this summer. He spoke about how London 2012 started the trend in using social media to engage sports fans and consumers, as well as being a platform for advances in real-time activations and advertising.

As Davies outlined, Rio 2016 saw all that and more, with virtual reality and branded content taking centre stage in advertising campaigns and activations. He said "The Olympics ecosystem is so huge that I think there's multiple entry points for any brand."

Further to digital activations, video is becoming key to consumer engagement, with video content on Instagram now being its biggest attraction, despite being still largely an image-based social network. Adam Bullock, co-founder and ceo of Contented, stated in his presentation that, by 2019, video content will be the driving factor behind 85% of US search traffic.

He said: "Previously, the whole purpose of video would be for TV. Even two years ago, a one-off video for a website was quite hard to do and expensive. Our model is very much about breaking down those boundaries, and being agile in producing video content for our clients."

Martyn Baker, agency partnerships Emea (Europe, the Middle East and Africa) at Twitter, followed on from Adam Bullock and reiterated the importance of video. Despite being famous for its 140 character messages, Baker said Twitter is keen to improve its video strategy. Last year it launched live-streaming app Periscope, and earlier this year it bought artificial intelligence start-up Magic Pony, and will use its technology to improve the quality of Twitter's live video content.

This summer, Twitter partnered with Itch to deliver brand experiences at Cannes. The social network also teamed up with creative agency Engage Works to bring 'Twitterverse' to life.