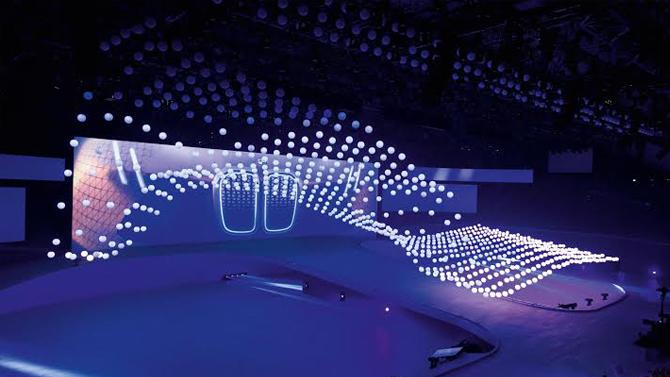 This kick-off event of BMW’s 100-year-anniversary was celebrated at Munich’s Olympic Hall together with 2,000 international guests on the 7th of March 2016.

Vok Dams, agency for evens and live-marketing, was awarded 'Best of Best' in the category 'events' for the kick-off event that celebrated the 100- year-anniversary of BMW Group. The award ceremony will take place in Paris on the 29th of September 2016.

Under the leitmotif 'The next 100 years', BMW Group celebrated the 100-year-anniversary of the entry of today’s BMW AG into the commercial register.

This kick-off event of BMW’s anniversary year was celebrated at Munich’s Olympic Hall together with 2,000 international guests from politics, economy, academia and media on the 7th of March 2016.

A spectacular event, for which the event specialists of communications agency Vok Dams were responsible as lead agency.

Led by narrator Rufus Beck the audience was immersed into and became part of a holistic, emotional production that artfully merged projection, music, song, poetry, and interactive and kinetic performances.

A unique event, which also convinced the judges of the Automotive Brand Contest 2016.

The Automotive Brand Contest is the only neutral, international design competition for automobile brands. In this competition, the German Design Council honors outstanding product and communication design, focusing on the integral and consistent use of the brand across all media and products.