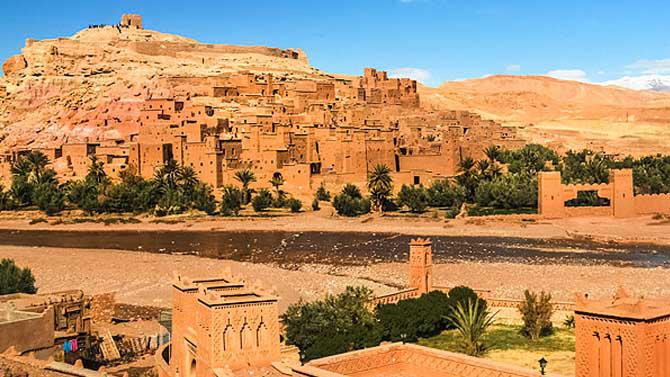 The kingdom of Morocco is doubling its efforts to attract visitors from China who, since June, no longer need visa to enter the country. The first positive results of this policy have already been seen in the form of a 300% percent increase in visitations in the last year alone. But, there is still much progress left to be made for Moroccan tourism.

A fourfold increase. The growth rate in the number of Chinese tourists having visited the Kingdom of Morocco between 2015 and 2016 is impressive. However, in terms of the total number of visitors – 42000 in 2016 – Morocco still lags behind other tourist destinations.

This is not to say that Morocco's efforts have not been impressive; indeed it was selected as the Best Potential Destination 2016, an honor bestowed upon it in January by Global Times, an influential daily publication in China.

“This dynamic represents one of the first concrete results of a strategy we have implemented, tailored specifically to the Chinese tourists, and which is supported by the country's highest authorities”, said Abderrafie Zouiten, Director General of the Moroccan National Tourist Office (MNTO).

Indeed, during Mohammed VI's visit to Beijing in 2016, the Moroccan tourism industry received very favorable conditions in the cooperation agreements between the two countries. During the state visit, in addition to the signature of a Memorandum of Understanding between the Tourism Ministries of both countries, the king announced the elimination of the visa requirements for Chinese tourists wishing to travel to Morocco.

“The effects of this political decision – which came into effect on June 1st 2016 – were immediate - stated the head of the MNTO -. During the first five months of the year we were receiving on average 600 Chinese tourists per month. This number jumped to 4000 during the second trimester, and in December, Morocco welcomed 7000 visitors from China”. And the best is yet to come: the MNTO has set the goal of reaching 100000 Chinese tourists by the end of this year.

In order to achieve this objective, a whole marketing strategy geared towards this particular market is being developed by the Moroccan tourism board. In January, Marrakesh played host to a delegation comprising around twenty travel agents from the Shanghai region, as well as the public tour operator China International Travel Service (CITS), with the goal of helping them to realize the tourism potential of the ocher city”.

“We will be launching, starting at the end of March, a new campaign in association with Air France, for the inauguration of a new direct route between Paris-Charles-de-Gaulle airport and Marrakesh, with the understanding that this French company provides 80 weekly flights with China as their point of origin,” confided Abderrafie Zouiten.