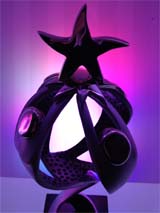 For the first time ever in the history of the Gala Awards, a single agency was awarded five awards.
The quality and creativity of several projects designed and implemented by Vok Dams convinced the international judging panels. This year, the festive award ceremony of the Gala Awards, which takes place annually at the last day of the leading trade show “The Special Event”, was held in Chicago.
“We are absolutely thrilled about the awards and at the same time see them as an encouragement to continue improving our standards of quality even further” Colja M. Dams, ceo Vok Dams, summed up the successful evening.